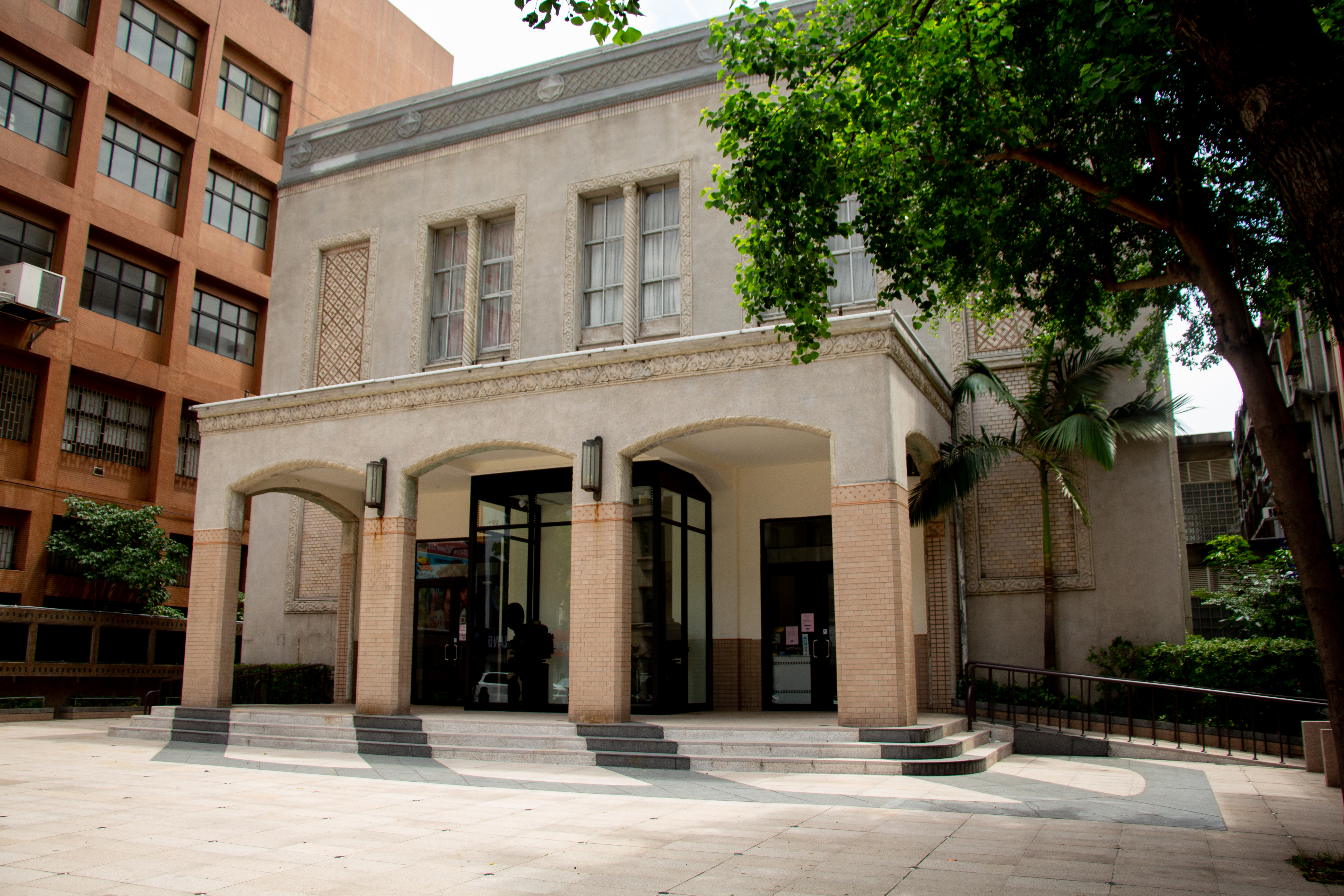 Image Museum of Hsinchu City Image Museum is located between East Gate and Hsinchu Municipal Government Hall. It was called Yu-Le House during the Japanese Occupational Era. When it was opened for use in 1933, it became the first luxury theater with air-conditioners in Taiwan. The building was structured with a combined style of classical Roman and Arabian architecture. Yu-Le House was renamed as National Theate after the restoration and held activities such as concerts and operas besides showing movies; It became an outstanding landmark full of the citizens life memories in an agricultural society with simple recreational style. It also became a representative public building heading into the modernized society. The theater was closed down and went into history in 1991. After the activity Wind City Affection (Feng Cheng Ching Po) was held in the square of the idle National Theater in 1996, many local dignitaries and movie scholars began to run the errands and do the planning. The reconstruction plan of reuses of historical buildings was under the charge of the architect Chih-Cheng Lin. Consequently, Image Museum of Hsinchu City was completed and opened officially on May 21, 2000. Since Image Museum started to operate, it has set the inheritance of National Theater's historical cultural experience and the creation of a movie space owned and shared by the common public as its purposes. It often holds movie exhibitions to promote humanistic and artistic films, as well as films reminiscent of the past that were made independently by Taiwan producers, The Image Museum holds many activities such as Animated Cartoon Camp for children, Movie Study Meeting, and Cultivation of Documentary Capability Camp for the community besides providing special space for performances. It has been used for the collection of movie cultural products, exhibitions, researches, and education.

By car (Freeway)
Freeway No. 1 (Sun Yat-sen Freeway)
1.Exit the freeway at Hsinchu Interchange
2.Take the Guangfu Road Exit
3.Turn towards the city center and drive on the elevated express way(Left coming from the South, right coming from the North)
4.Take the Minzu Road Exit and keep straight on Dongda Road
5.Turn left at Zhongyang Road
6.Turn Right on Zhongzheng Road and No.65 is the Museum

Freeway No. 3 (Formosa Freeway)
1.Exit the freeway at Jiadong interchange
(Keep right on the exit for both north and south bound)
2.Turn towards the city center and drive on Jiadongjingguan Blvd.
3.Turn right on Zhonghua Road Section 4
4.Turn left on Zhongshan Road
5.Continue on till the end to reach the Museum

By Taiwan High Speed Rail
1.Disembark at the THSR Hsinchu Station
2.Follow the directions and transfer onto Taiwan Rail Liujia Station bound for Hsinchu Station
3.Disembark at Hsinchu Train Station
4.Follow Zhongzhen Road towards the East Gate Roundabout (Circle),
5Exit the Roundabout (Circle) continuing on Zhongzhen Road to No.65 to reach the Museum